I grind HTML and CSS and then weld them with Node.js into beautiful and efficient websites and webapps

My name is Akash Rajpurohit and I am a full stack developer completing my Bachelor of Engineering in Information Technology from Vidyavardhini's College Of Engineering & Technology. Currently I am in fourth year with average CGPI of 8.22.

I have started Web development from past and started as a Frontend Developer with HTML5, CSS3, Scss, JavaScript & jQuery. Recently from past I have also started working as a Backend Developer with Node.js as my core backend technology along with MongoDB Database. At present I am quite confident in working with Node.js and build REST api's using this stack. With Nodejs I prefer to use MongoDB as database however I am also comfortable working with RDBMS databases like MySQL, SQLite and PostgreSQL

Currently I am looking forward to two other technologies which are GraphQL for query processing and Django for backend. Also I have started adopting TypeScript for maintaining better codebase for my new upcoming projects. I also have a little experience in DevOps. I use the strategy of containerization using Docker, use Git as Version Control System and Linux as my primary OS to work on. I switch between Visual Studio Code and Sublime Text for development 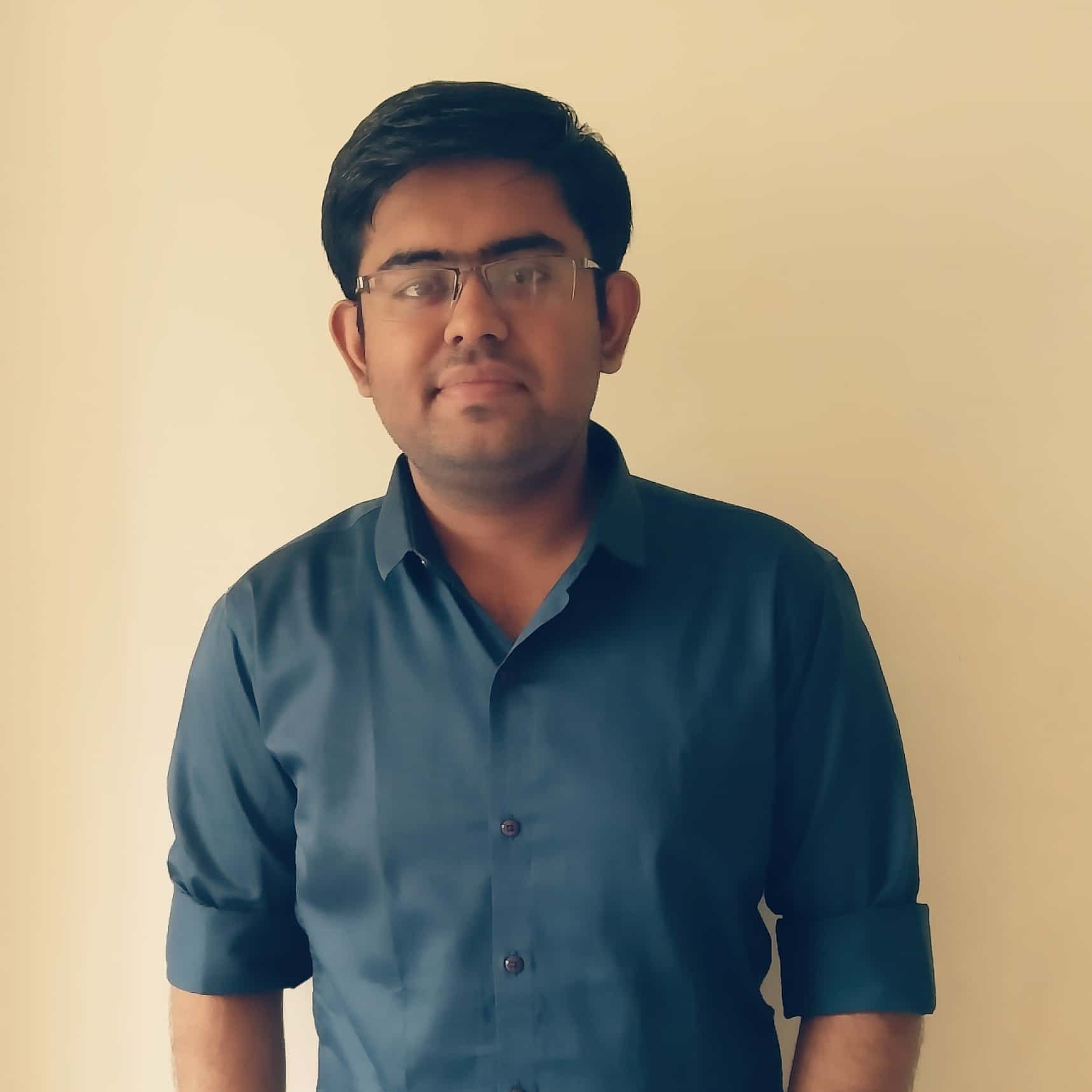 VCET's Hackathon2k17 which I participated in second year, Me along with my team members made to the top 5 finalists who got the honor to present our idea to the panel of judges in Vidyavardhini's College Of Engineering & Technology.We created a portal for Railway management which would give information about the number of people on the bridge and let the admin know if the threshold of the bridge is crossed or not. The technologies we used were Java Swings and MySql Database. I contributed in creating the UI and backend logics of the portal.

Third prize winner for Brain v/s Box in VNPS 2017 in which we created a game using Python (pygame module). It was a memory game about remembering positions of two exact images hidden behind the box. It was a multilevel game which has difficulty based on the level number. The game had eye catching animations and was quick in response. I contributed in developing logics of the game along with my team.

First prize winner in Technical paper presentation and Project Showcase. The TPP and the project was based on a Smart IOT Powered AI based Attendance Solution, the paper for the same will soon be published in IEEE.The technologies involved were Ionic Framework (Mobile App), Java Spring, Mysql Database. I contributed in developing the mobile application.

VCET's Hackathon2k18 which was conducted recently was a big successfull event in which I with my team won the Second Prize among 35 other teams. We created a Parking Solution App which would allow you to prebook a parking spot.The technologies involved were Java(Android), Nodejs(Server), MongoDB(Database), CMS Website (Bootstrap).I contributed in developing and maintaining the Nodejs Server and MongoDB Database.

Hack-Stomp 2019 was a 24 hours coding competiton conducted by Universal College of Engineering. In this competiton, total 23 teams participated with more than 80 students. I along with my team won First Prize in this competiton.

Would you like to know more or just discuss something?

These are the projects that I like to do while learning something. I have picked few of them to be displayed here.

ChatApp is a real time web based chat application. The real time functionality allows you to send and recieve messages and location from other users instantly without browser refresh. To get started with it you have to enter your username (*unique) and your room name and Vola! you have created your own private room to start chatting

Ask your friends to join with the same room name (case insensitive) as you are in and you can have your chats private in your own room. Once the room is empty i.e everyone leaves, all the chats are vanished and thereby maintaining your privacy. 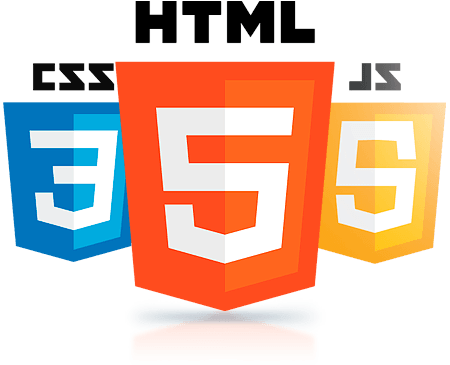 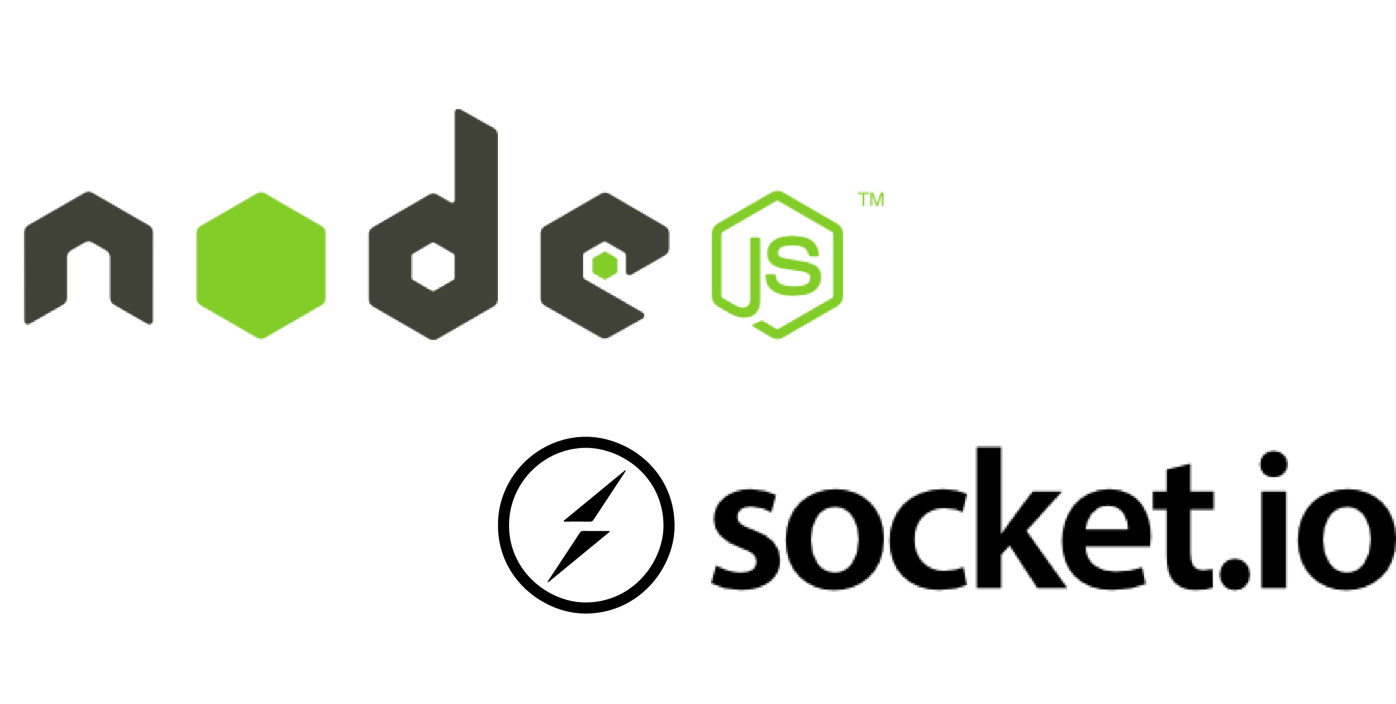 The Process is very simple. All the user has to do is copy the post of the link and open the app. The app automatically detects the copied URL and after a valid check you can download the media directly onto your mobile. 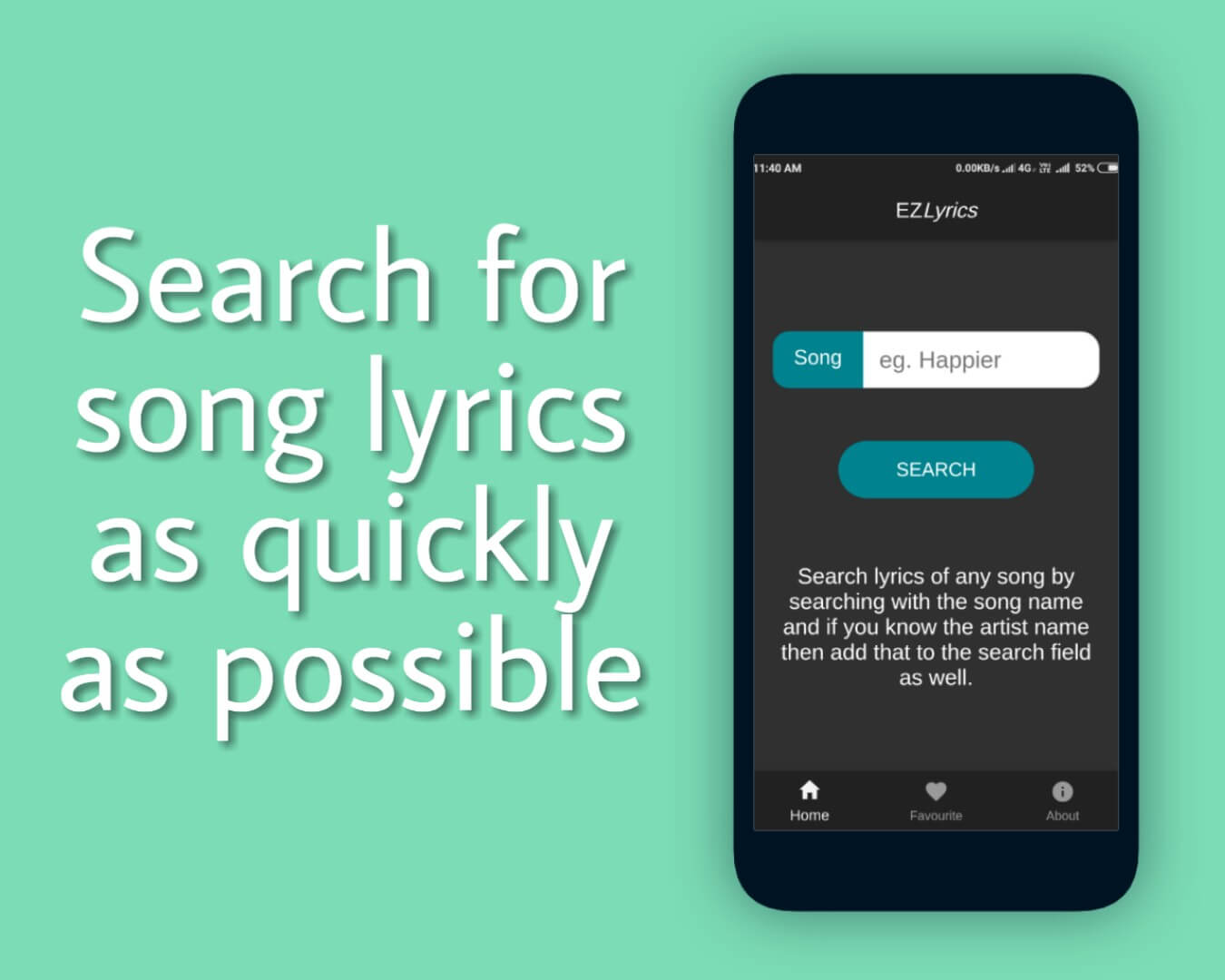 Grab lyrics for any song quickly.
Click to read more

EZLyrics is an Android app for music lovers. What it does? Well as the name suggest it provides you the facility to search for lyrics of any song in no time. EZLyrics comes in two version. One is EZLyrics Lite and other is EZLyrics

The Lite version (1.5MB) supports searching for any song lyrics any time. The EZLyrics app has the feature of adding your songs to favourite so that you can watch the lyrics of your favourite songs even in offline mode. 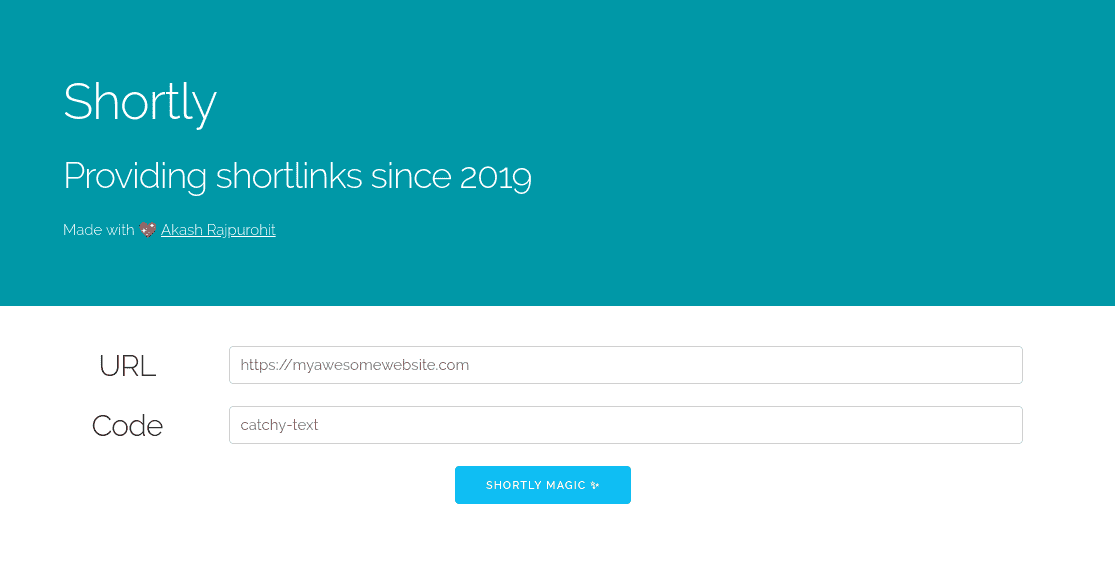 Shortly is a Web URL shortner to shorten your long exisiting web links.

It was a fun project from which I learned quite a new things about Node.js and using server side rendering with Ejs as template engine. As the UI is very minimal and materialistic I used a very lightweight CSS Library called Skeleton CSS for this project. 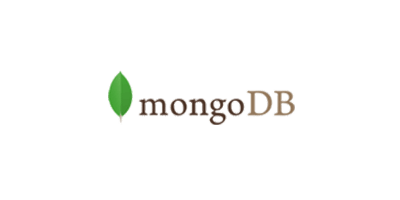 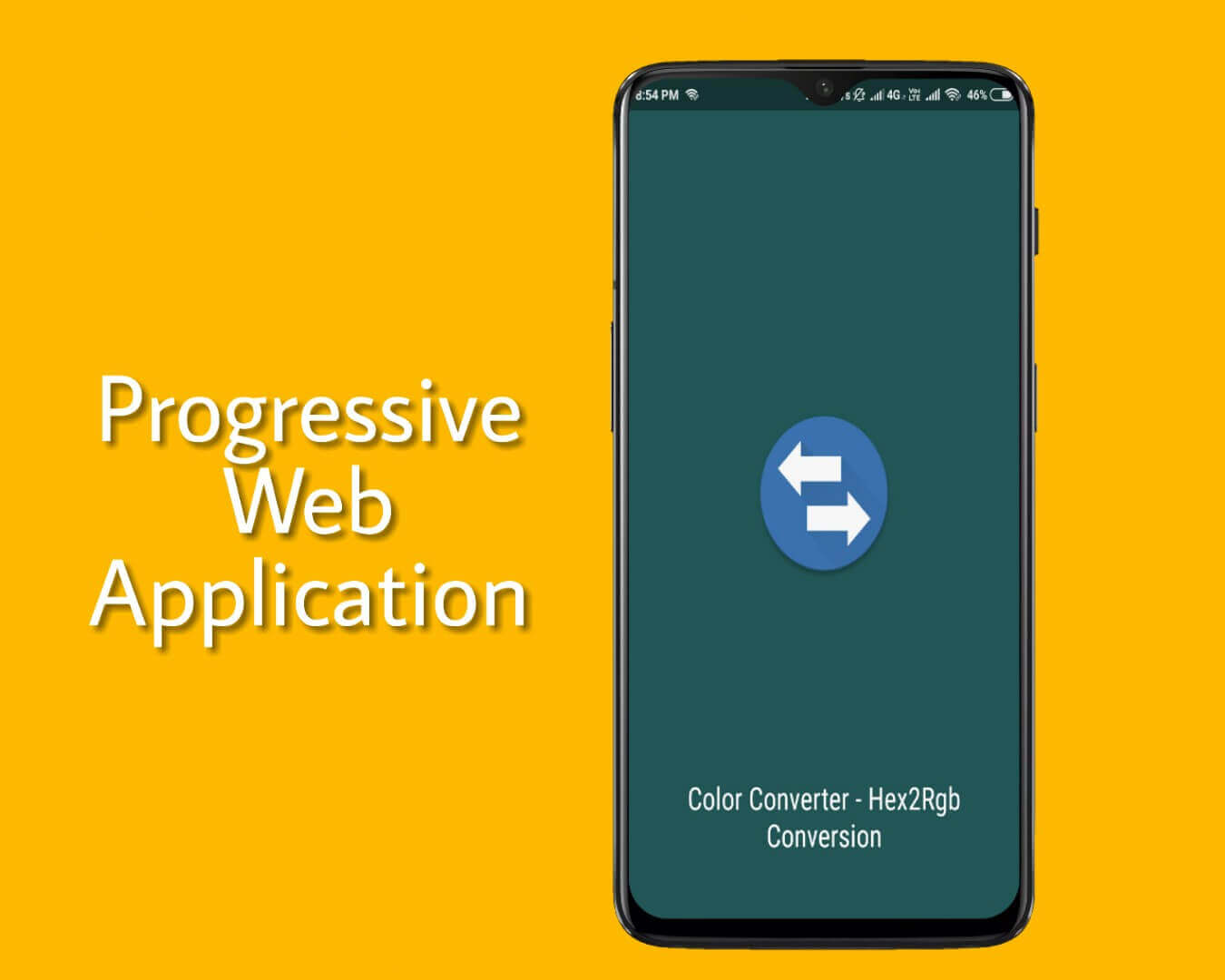 Color converter from hex to rgb and vice-versa.
Click to read more

Hex2Rgb Color Converter is my first Progressive Web App (PWA) which is used to convert HEX color codes to RGB and vice-versa.

Hex2Rgb is PWA which means you can Install the App on your native device and it will run offline in your mobile without need of navigating the link in the browser. Depending on the color you are converting the background color will change and according to the lightness of the background color the text color will get adjusted automatically

Get detailed info about any movie you want to see.
Click to read more

Movie Finder is a place where you can search for information about any movie.

I have used an open source crowd sourced movie database to fetch values about the movie. Basically you just have to search for a movie with a keyword and it will give you list of movies having that keyword. You can futher read more about any particular movie like its Plot,IMBD rating and direct link to IMDB page 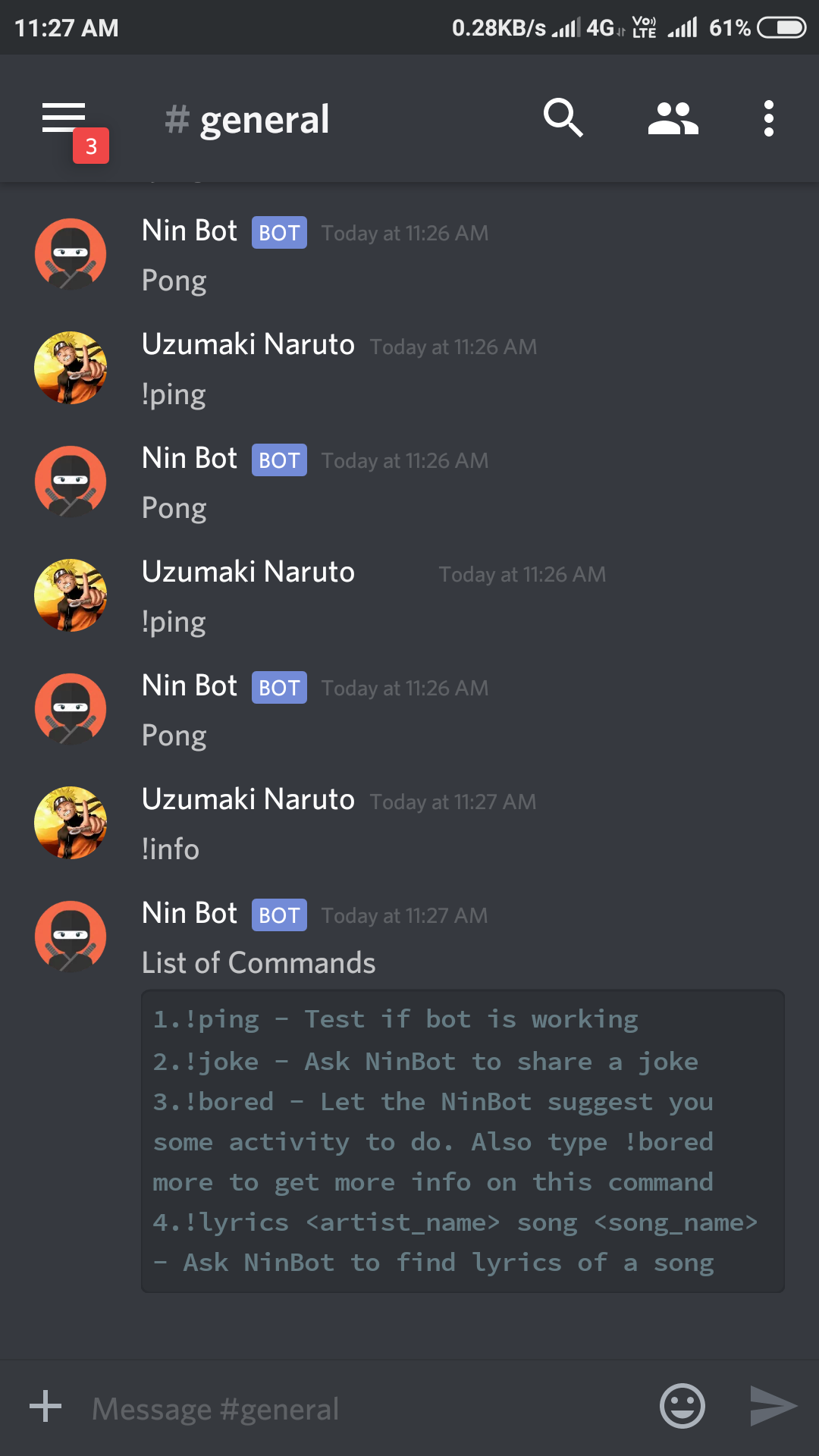 Discord Bot at your service.
Click to read more

Nin Bot is bot for discord which is an extremely popular messaging app.

What this bot does is it tells you a joke, suggest you any activity when you are bored which in depth has many different options on how you want to search, and it also finds you lyrics of any song right inside the app. Also these commands can be viewed by asking the bot through the info command. 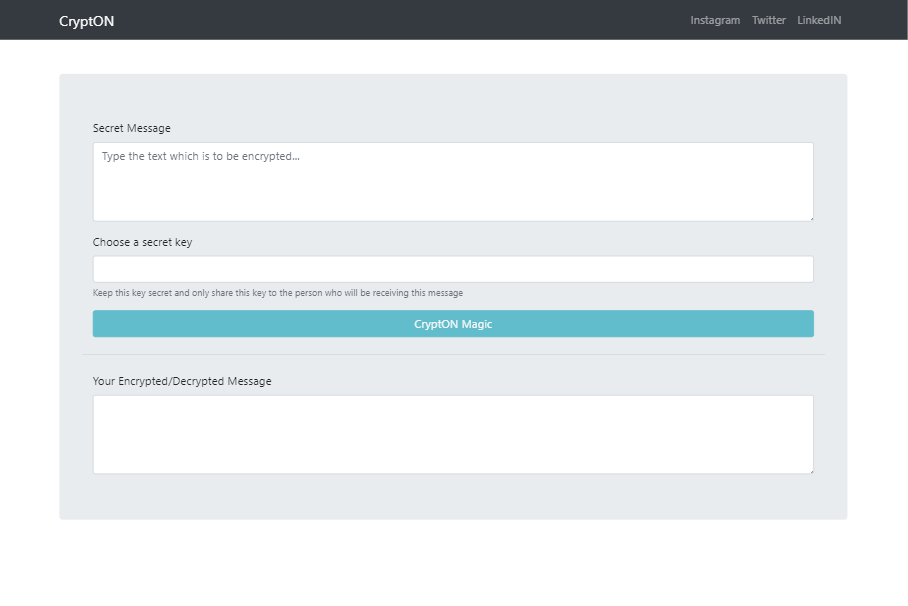 CryptON is message encryption/decryption app which can encrypt your messages with a secret key to convert the understandable text into some form which is difficult to understand.

This secret is only shared to your reciever who will use this secret key to apply the CryptON magic to decrypt it. This was my first React based app 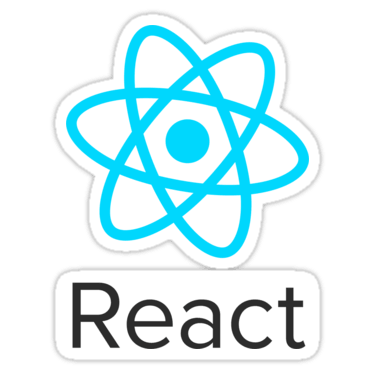 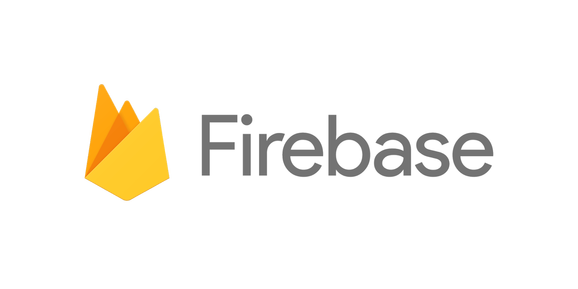